The Chiba-Wisconsin Association (CWA)( External link ), a private sister state exchange organization, was formed on May 29, 2004 with the aim of expanding the scope of exchanges such fields as academia and economics with Chiba citizens playing a main role. Now, CWA is actively expanding sister state exchanges in a wide variety of fields, and 2020 marks the 30th year of this sister-state relationship. 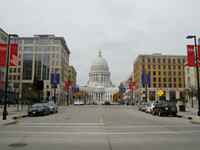 Located at the heart of the Midwest, Wisconsin is an industrial state with a healthy balance of industry, tourism, and dairy farming (it only takes 11-12 hours from Japan through Chicago or Minneapolis). Dubbed "the Switzerland of the U.S.", Wisconsin is a beautiful state with four distinct seasons, and is surrounded on three sides by Lake Michigan and Superior, and the Mississippi River, with large forests. The designer of the old building of Imperial Hotel, Frank Lloyd Wright, is from Wisconsin. Laura Ingalls, the main character of the TV drama “Little House on the Prairie” is born and raised in a beautiful village called Pepin, also in Wisconsin. An authentic log cabin is recreated in Pepin, still serving as a symbol of the frontier spirit. 51% of the residents are of German origin, with Irish, English, Northern and Central Europeans living there as well, constituting a total of 95% of the population of the state. 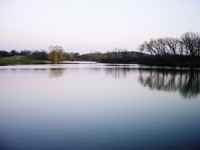 Wisconsin is located between 42 and 47 degrees north latitude, placing it at around the same location as Hokkaido. Wisconsin is blessed with four distinct seasons and bountiful water and forests thanks to its continental climate. The state is painted green in April with colorful flowers blooming. Humidity is low in the summer with a deep blue sky. Wisconsin is most beautiful in the fall, with its trees turning red and gold color from September to October, appearing almost as if they were burning. People even enjoy the harsh winter with winter sports, snow festivals, and other entertainment.

Wisconsin is known for being passionate about education. High level education is provided starting with kindergarten and elementary school, and Japanese is offered as a subject in high school since 1989. There are 160,000 students studying in University of Wisconsin with 11 general campuses and 13 liberal arts campuses. There are 19 private universities as well. Cultural activities are also very lively in the state. The Milwaukee Symphony Orchestra is one of the largest pro orchestras in the state and also holds concerts overseas. The Milwaukee Art Museum houses over 13,000 works from Matisse, Monet, and other American and European modern artists as well as furniture designed by Frank Lloyd Wright. 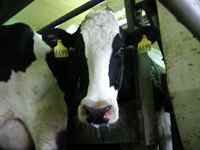