Exchanges with Düsseldorf in 2018

Chiba Prefecture has participated in Japan Day every year since 2005 when the partnership between Chiba Prefecture and Düsseldorf first began. As in previous years, supported by the Japanese-German Association in Chiba, the German-Japanese Association in Niederrhein, Reitaku University, Chiba University, and many other related agencies, the Prefecture installed a booth promoting Chiba, where it exhibited panels on exchanges between Düsseldorf and Chiba to communicate the appeal of Chiba Prefecture, and set up corners for making origami crafts and for trying calligraphy. Many visitors stopped by the booth, making it a great success. At the origami corner and the calligraphy corner, some enthusiastic German participants enjoyed making works. 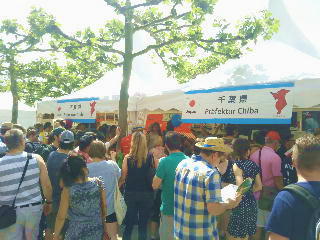 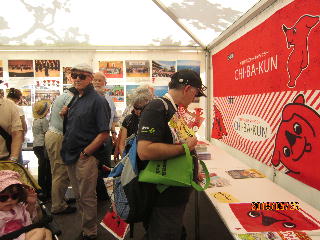 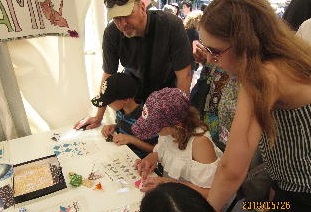 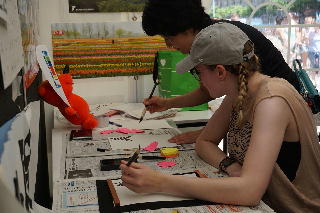 Eight members of the U-16 table tennis team, along with two coaches, visited Asahi City in Chiba Prefecture from July 28 to August 3.They trained and participated in a friendly competition with players in the same age group team and deepened friendships. 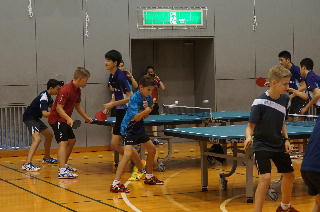 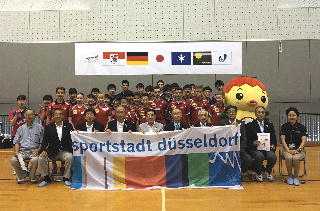 Four members of the U-14 tennis team, representing junior high schools in Chiba Prefecture, along with two coaches, visited Düsseldorf City from August 11 to August 19. They participated in the "Düsseldorf Friendship Cup 2018" and "Düsseldorf Junior Open Tournament" hosted by Düsseldorf City. The tournament, with participation from players in the same age group representing the countries that similarly promote exchanges with Düsseldorf, aimed to deepen friendship through games and other events. 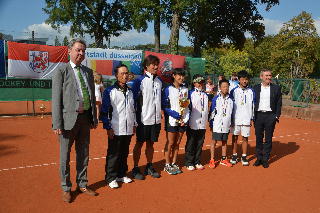 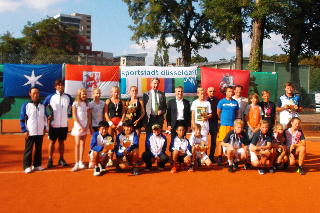 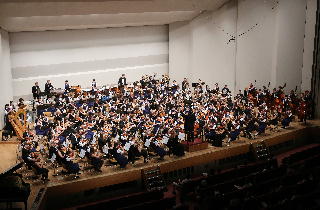 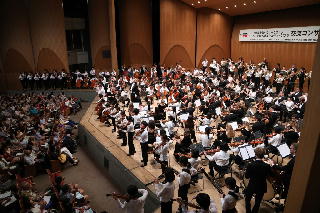 The organizations “Study Fund Düsseldorf-Japan in Düsseldorf” and “Study Work for German-Japanese Culture Exchange in NRW” sponsor a program in which selected candidates are sent to Japan every year to learn about different themes.
This year, a group of six visited Chiba Prefecture on October 11 and paid a courtesy call on Governor Morita. On the next day, they participated in a "FUTOMAKI MATSURI SUSHI" cooking class, which is a traditional local speciality. They also visited the Chiba Prefectural "Boso-no-Mura" and Sawara Grand Autumn Festival, and participated in a party hosted by Japanese-German Association in Chiba. During their visit, the study group deepened their understanding of Chiba's traditional culture and exchange between Japan and Germany. 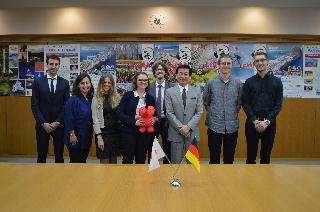 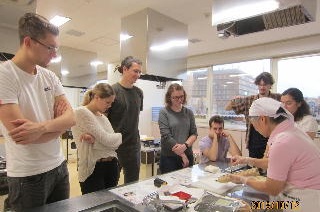 One official from the Düsseldorf City Economic Development Office visited Chiba Prefecture with the aim of researching Chiba’s small and mid sized enterprises support programs, as well as holding an exchange of opinions with Tokatsu Techno Plaza staff. 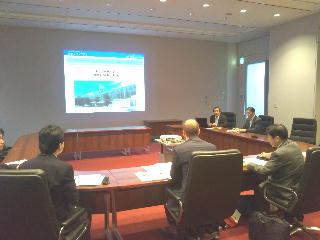 Presentation at the Tokatsu Techno Plaza 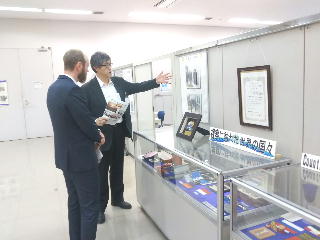 Tour of the Tokatsu Techno Plaza

Three members of the Chiba Prefectural Waterworks Bureau's Industrial Water Department visited the Düsseldorf City Public Utility Bureau as part of yheir short-term training. Along with visiting water purification plants, they held an exchange of opinions with their German counterparts. 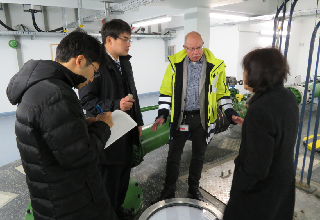 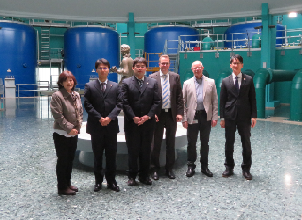