Exchanges with Düsseldorf in 2017

Chiba Prefecture has participated in Japan Day every year since 2005 when the partnership between Chiba Prefecture and Düsseldorf first began. As in previous years, supported by the German-Japanese Association in Niederrhein, Reitaku University, Chiba University, and many other related agencies, the prefecture installed a booth promoting Chiba, where it exhibited panels on exchanges between Düsseldorf and Chiba to communicate the appeal of Chiba Prefecture, and set up corners for Japanese style rock-paper-scissors and for making origami crafts. Many visitors stopped by the booth, making it a great success. At the origami corner, some enthusiastic German participants enjoyed making origami works with guidance from the staff. 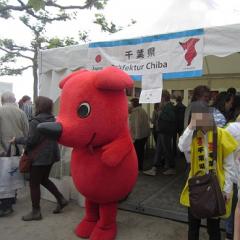 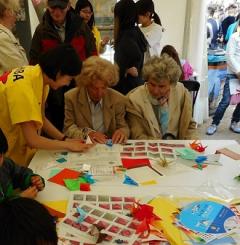 Four members of the U-14 tennis team, representing junior high schools in Chiba Prefecture, along with two coaches, visited Düsseldorf City from July 29 to August 6. They participated in the "Düsseldorf Friendship Cup2017" and "Düsseldorf Junior Open Tournament" hosted by Düsseldorf City. The tournament, with participation from players in the same age group representing the countries that similarly promote exchanges with Düsseldorf, aimed to deepen friendship through games and other events. 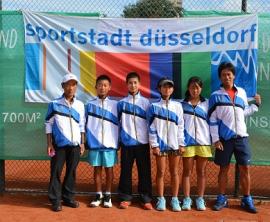 The organization “Study Fund Düsseldorf-Japan in Düsseldorf” and the “Study Work for German-Japanese Culture Exchange in NRW” sponsors a program in which selected candidates are sent to Japan every year to learn about different themes.

This year, a group of six arrived in Japan on August 21 and visited Chiba Prefecture on the next day to participate in a "FUTOMAKI MATSURI SUSHI" cooking class, which is a traditional local specialty. They also paid a coutesy call on Governor Morita , visited the Sapporo Beer Brewery, and participated in a party hosted by the Japanese-German Association of Chiba. During their visit, the study group deepened their understanding of Chiba's traditional culture and exchange between Japan and Germany. 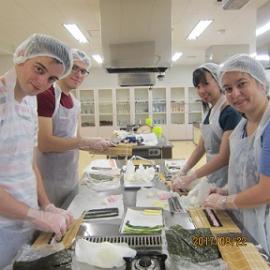 Co-hosted by NRW.INVEST and Messe Düsseldorf, the City of Düsseldorf organizes an exchange reception called “Düsseldorf Evening” in Tokyo approximately every three years. The reception aims to deepen ties by inviting a wide range of people involved in exchanges with Düsseldorf, including exhibitors and collaborators of trade fairs held in the city and former expatriates of companies with offices in the city.
Governor Morita attended this year’s “Düsseldorf Evening” on September 13, made the opening toast, and talked about the appeal of Chiba Prefecture.
There were about 1,000 attendees and it was a good opportunity to let people know more about the friendship between Chiba Prefecture and City of Düsseldorf. 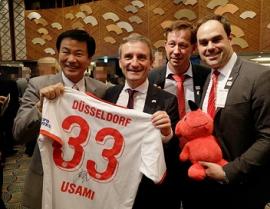 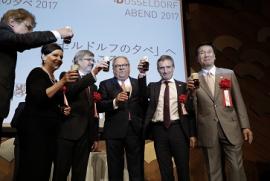 Eight members of the U-16 table tennis team, representing senior high schools in Chiba Prefecture, along with two coaches, visited Düsseldorf City from September 17 to 25.
They trained and participated in a friendly competition with players in the same age group of the competitive Borussia Düsseldorf team and deepened friendships.

The UNICHOR of the Heinrich-Heine-University Düsseldorf appeared at the main event of the “Chiba Citizen Cultural Festival” and performed selected gospel compositions, receiving grand applause. The choral group, established in 1989, consists of over 100 students and staff of Heinrich-Heine University Düsseldorf. The UNICHOR has performed in Europe, Brazil, and Canada. On this trip, they visited Korea and Japan. 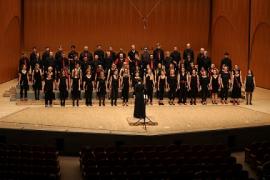 Appears at the main event of the "Chiba Citizen Cultural Festival" 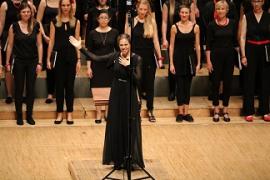