Exchanges with Düsseldorf in 2012

Exchange with Düsseldorf in 2012

Chiba Girls’ High School Orchestra Club has a strong reputation for their high level performances thanks to accomplishments such as receiving the gold award 7 times at the national competition in Japan.  The orchestra has performed abroad previously, and this year they chose Germany as the location for their overseas performances. 97 orchestra members and related persons visited Düsseldorf in late March.

At the concert held at Johannes Church on March 29, they performed together with the youth orchestra of Düsseldorf. Donations collected from the audience went to local underprivileged children. 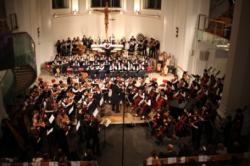 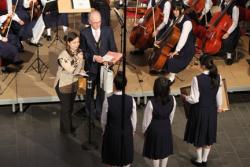 Present from the orchestra

The organization “Study Fund Düsseldorf-Japan” in Düsseldorf sponsors a program in which select candidates are sent to Japan every year to learn about a certain theme.

This year’s theme was “mobile solutions.”  3 specialists from German universities visited Japan in late April.  On April 27, they visited sites in Chiba Prefecture, including the Urban Design Center Kashiwanoha (UDCK), the Kashiwanoha Branch Office of Mitsui Fudosan C., and the NEC Abiko Plant. During their visit, the study group deepened their understanding of efforts in Chiba in this related areas. 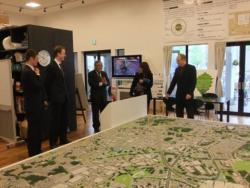 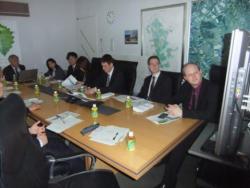 Inaugural Ceremony for the Chiba Delegation to Düsseldorf (May 17)

The inaugural ceremony for the Chiba Delegation to Düsseldorf was held at the main offices of Chiba Prefectural Government on May 17. Each group of the delegation visited Dusseldorf between late May and early June.

Groups of the delegation are as follows:

Together with Governor Morita, all of the delegates renewed their determination to visit Düsseldorf and make their exchanges a success. 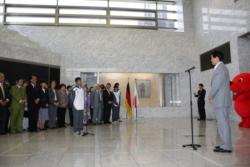 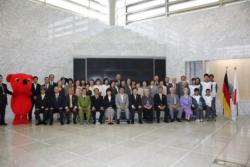 The U-14 tennis team, consisting of 4 junior high school students and 2 coaches from Chiba Prefecture, visited Düsseldorf from May 19-28.  During their stay, they participated in the International City Friendship Tennis Cup organized by Düsseldorf City. The team won the tournament for the first time since 2010 and built friendships with young athletes from other countries.

Also during their stay, the Power Horse World Tennis Cup, which the Japanese men’s team was participating in, was being held in Düsseldorf. The Chiba youth team was able to watch these matches and meet athletes from the Japanese team. 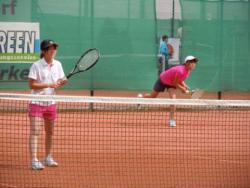 Girls from the U-14 Chiba Tennis Team 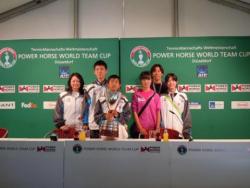 Chiba Jazz Musicians Perform at the Düsseldorf Jazz Rally (May 25)

The 20th Düsseldorf Jazz Rally was held in Düsseldorf from May 25-27.

The Düsseldorf Jazz Rally is said to be the largest jazz festival in Germany. During this event, a total of 92 concerts were held at 35 sites throughout Düsseldorf. The “Yasuto Ohara Super Jazz Trio,” led by Mr. Yasuto Ohara, a jazz pianist from Chiba, participated in the festival and performed on May 25. The concert was so successful that there were more people in the audience than there were seats. 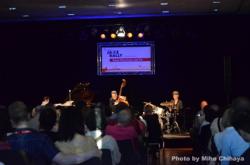 The Chiba Traditional Local Cooking Study Group promotes the art of making Futomaki-sushi, which a popular traditional dish in Chiba. 10 members from the group visited Düsseldorf and held a Futomaki-sushi cooking class at the Japan Club on May 31. A total of 28 persons, including the members of the Japan Club and German-Japanese Association tried their hand at making peach and rose shaped Futomaki-sushi.  Through this class, participants were able to experience Chiba’s traditional culture.

The group also served Futomaki-sushi at the party which was held by the Consulate General of Japan in Düsseldorf and Chiba Prefectural Government on June 1. The Lord Mayor of Düsseldorf and many other attendees were impressed by not only the taste but also the variety of designs. 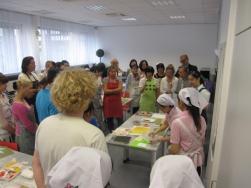 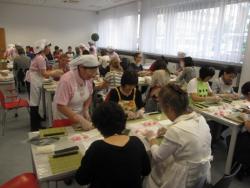 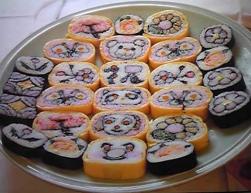 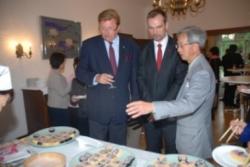 Lord Mayor of Düsseldorf listens to explanation about Futomaki-sushi

Each year, the Japan Day pre-festivities are held at the Echo Japanese Cultural Center in Düsseldorf the day before Japan Day. Mr. Satoshi Katano, a flutist who plays the Sawara-bayashi, a type of festival music traditionally from the Sawara District of Katori City in northern Chiba, participated in this year’s event. Mr. Katano played the shinobue or traditional Japanese flute, and amazed the audience with his performance. He also visited the Chiba PR tent on Japan Day, where he held a surprise performance of Sawara-bayashi melodies there. Many people stopped in their tracks at the tent to enjoy his performance. 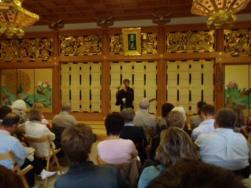 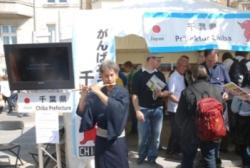 Governor Morita visited Düsseldorf from May 30-June 3. On June 1, he visited the Düsseldorf City Hall. There, he met with Lord Mayor Elbers and they signed the memorandum reaffirming the understanding to further strengthen the partnership between Chiba Prefecture and Düsseldorf. The Governor also visited the Consulate General of Japan in Düsseldorf, where Chiba Prefecture held an exchange party for related organizations from Düsseldorf and Chiba delegation members.

On June 2, Governor Morita attended Japan Day held in Düsseldorf, where he introduced Chiba’s many attractions at the opening ceremony. He showed Lord Mayor Elbers and Consul General Koinuma around the Chiba PR tent and strengthened his relationship with them. 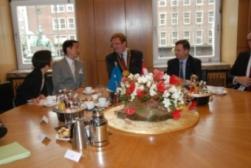 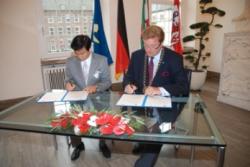 Signing the memorandum of understanding to further develop the partnership

Chiba Prefecture has participated in Japan Day since 2005, when the partnership between Chiba Prefecture and Düsseldorf first began.  As in previous years, the prefecture worked together with the members of the Japanese-German Association of Chiba and university students around Düsseldorf to introduce Chiba’s many charms. The Chiba PR tent was busy with visitors the entire day. Many visitors participated in the rock, paper, scissors game and were interested in the samurai armor brought from Chiba. 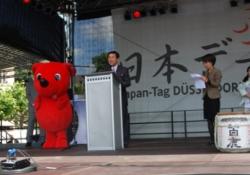 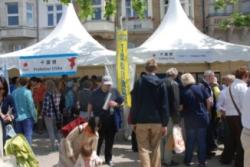 A variety local groups and artists from Japan perform on the main stage at Japan Day. Mr. Yasuto Ohara, a jazz pianist from Chiba, performed during the finale and last time slot of 10:00pm. It was his first performance on this stage since 2010. Mr. Ohara charmed the audience with his solo performance, just as he did when he performed on this stage with his trio 2 years ago.

U-16 table tennis team, which consisted of 8 players and 3 coaches, visited Düsseldorf from August 26 to September 1. They strengthened their friendships with the Düsseldorf Youth Team and the Croatia Junior Team, who was also visiting Düsseldorf at that time, by training and playing matches together. 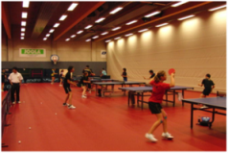 Players from Chiba, Düsseldorf, and Croatia

Four delegates from the Sports Office of Düsseldorf visited Chiba from November 1 to 4 to observe programs and activities promoting sports in Chiba. During the program, which was planned by the Physical Education and Sports Division of the Chiba Prefecture Board of Education, the delegation visited elementary, junior high, and high schools in Chiba and deepened their understanding of physical education and club activities in Japan.

They also visited sports facilities such as the Chiba International General Swimming Center, and surveyed the situation in Chiba after the Great East Japan Earthquake. Through this visit, the delegation strengthened their relationships with persons related to the sports sector in Chiba. 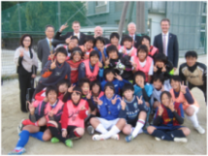 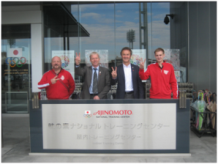