Chiba's Iodine was Donated to Madagascar 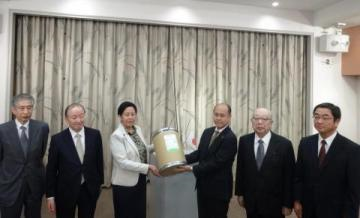