Exchanges with Düsseldorf in 2015

Governor Morita visited Germany and the Netherlands (May 28 - June 3)

In Germany, he met with the mayor of Düsseldorf and discussed the future course of the partnership between Chiba Prefecture and Düsseldorf. The two municipalities started an exchange about 10 years ago. The Governor also attended the Japan Day event and introduced Chiba’s attractions to visitors.

Party at the Consulate General of Japan in Düsseldorf (May 29)

Chiba Prefecture hosted a party with the Consulate General of Japan in Düsseldorf at the residence of the Consul General. About 80 guests from the city of Düsseldorf, Japanese companies, the Japanese community and other related organizations attended this party and deepened friendships.

During the party, the members of a soba-making group from Chiba served soba noodles to guests. The noodles were made of buckwheat grown in the prefecture. What’s more, Mr. Yasuto Ohara, a jazz musician from Chiba, gave a piano performance. 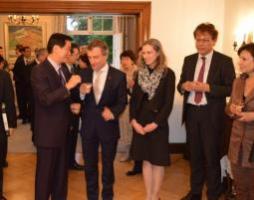 Governor Morita visited the Düsseldorf City Hall. There he met with Mayor Geisel, who took office in September 2014. They talked about what Chiba and Düsseldorf had achieved through the mutual exchanges over the past 10 years. They also discussed how they can further promote the friendship between Chiba Prefecture and Düsseldorf, especially through exchange between younger generations. 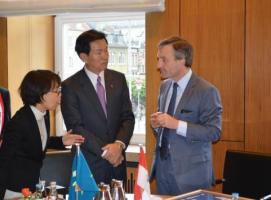 Japan Day is an event to introduce Japanese culture. It’s hosted by the local government and Japanese community organizations such as Japanese Chamber of Commerce in Düsseldorf and the Japan Club. The event draws participants not just from the city of Düsseldorf but even from other countries as well.

At the opening ceremony, Governor Morita expressed his condolences to the victims of the Germanwings plane crash in the French Alps in March 2015. The passenger jet was en route from Barcelona to Düsseldorf. He then introduced the attractions of Chiba Prefecture. The partnership between Chiba and Düsseldorf marked its 10th anniversary in 2015, and the two municipalities are expected to further develop their friendly ties.

The PR booth was busy with visitors throughout the day. People enjoyed an exhibition, quizzes, and a rock-paper-scissors game as well as trying on samurai armor. They also had an opportunity to take pictures with CHI-BA+KUN, the prefecture’s mascot. Members of the Japanese-German Association of Chiba also came to help at the booth. 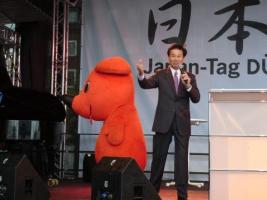 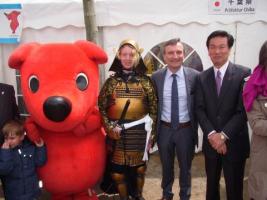 Governor Morita and Mayor Geisel
at the Chiba PR booth 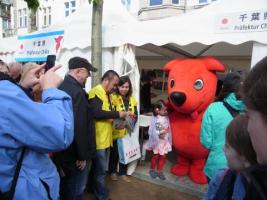 A variety of local groups and artists from Japan perform on the main stage of Japan day. Mr. Yasuto Ohara, Ms. Tomomi Ota and Ms. Akiko Narazaki of the Chiba Jazz Association performed the opening from 10am. The large audience was charmed by their wonderful performance.

From 9pm, Mr. Satoshi Katano, a flutist who plays Sawara-bayashi, a type of festival music traditionally from the Sawara District of Katori City in northern Chiba, played the shinobue or traditional Japanese flute, and amazed the audience with his performance. 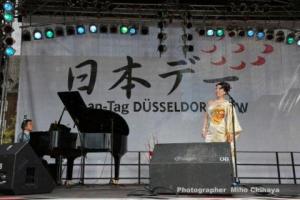 Performance by the Chiba Jazz Association 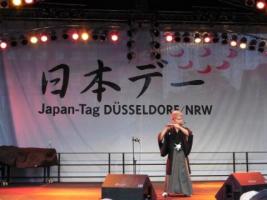 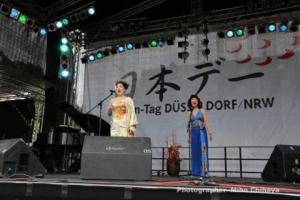 Performance by the Chiba Jazz Association

The organization “Study Fund Düsseldorf-Japan” in Düsseldorf and “Study Work for German-Japanese Culture Exchange in NRW” sponsor a program in which select candidates are sent to Japan every year to learn about different themes.

This year’s theme was "the internationalization of Japan”. A group of 6 visited Japan in late August. On August 20, they visited Chiba Prefecture. They participated in a Futomaki-sushi cooking class, visited the National Museum of Japanese History to see the exhibit “Relations between Germany and Japan : 150 Years of Friendship between Germany and Japan”, and also participated in a house party hosted by the Japanese-German Association of Chiba. During their visit, the study group deepened their understanding of Chiba’s traditional culture and exchange between Japan and Germany. 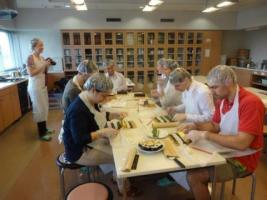 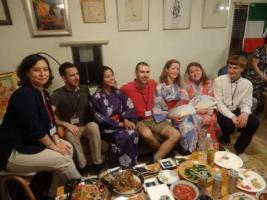 The U-16 table tennis team, consisting of 8 junior high and high school students from Chiba Prefecture and 2 coaches, visited Düsseldorf from September 18-26. They strengthened their friendships with athletes their own age in Düsseldorf City, Borussia Düsseldorf, by training together and through tennis matches. 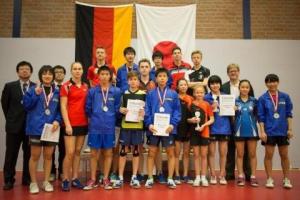 The U-15 Tennis team, consisting of 6 junior high school students from Düsseldorf and 2 coaches, visited Chiba Prefecture from October 5-12, and strengthened friendships with students their own age. 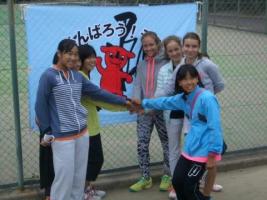 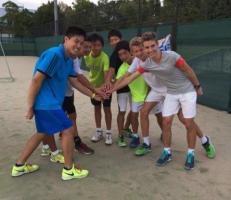 On October 20, on a tour guided by Mitsui Fudosan Co. Ltd. and Hitachi Ltd., he visited Kashiwa-no-ha Smart City. Here he visited facilities such as the Smart Center and the Kashiwa-no-ha Open Innovation Lab (KOIL), and deepened his understanding of the efforts in Chiba’s smart city field. 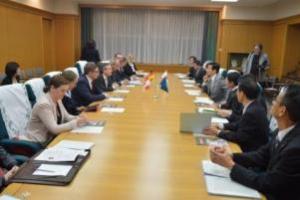 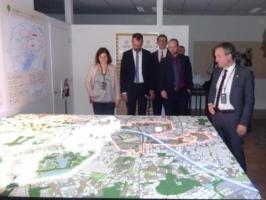