Exchanges with Düsseldorf in 2014

The Lord Mayor Dirk Elbers of the City of Düsseldorf visited Chiba Prefecture on February 18. This was his second visit following his visit in September 2011. Governor Morita and Mayor Elbers discussed the achievements Chiba Prefecture and Düsseldorf had made through their exchanges, and the possibilities of further developing them in the future. The City of Düsseldorf, together with NRW.INVEST and Messe Düsseldorf, holds an economic exchange reception, “Düsseldorf Evening,” in Tokyo about once every 3 years. The event hosts people who have contributed to the exchanges with Düsseldorf, including officers who have worked at Japanese companies located in the city, and exhibitors and cooperators of trade fairs held in Düsseldorf.

On February 19, Vice-Governor Morohashi attended this year’s “Düsseldorf Evening.” In his opening address, the Vice-Governor promoted the balanced industries and rich nature of Chiba Prefecture. This also became a good opportunity for Chiba Prefecture to introduce its strong partnership with the City of Düsseldorf to the approximately 1,000 guests who attended. 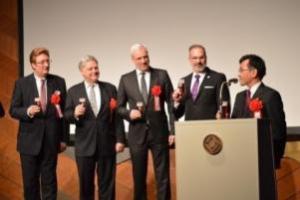 Chiba Prefecture has participated in Japan Day since 2005 when the partnership between Chiba Prefecture and Düsseldorf first began. As in previous years, the prefecture prepared a Chiba promotions tent and introduced Chiba’s many charms. The Chiba promotions tent was busy with visitors the entire day. Many visitors participated in games of rock, paper, scissors, and made origami crafts.

Also, Mr. Satoshi Katano, a flutist who plays the Sawara-bayashi, a type of festival music traditionally from the Sawara District of Katori City in northern Chiba, gave a surprise performance of Sawara-bayashi melodies. Many people stopped by the tent to enjoy his performance. Mr. Katano also gave an excellent performance on the 16th for the Japan Day pre-festivities. 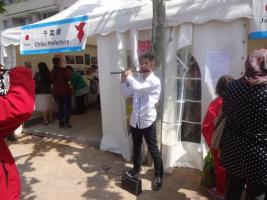 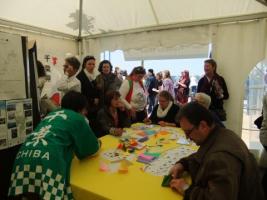 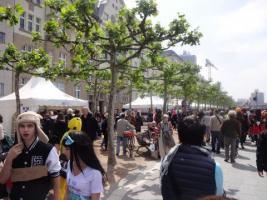 U-14 tennis team consisting of 4 junior high school students and 2 coaches from Chiba Prefecture visited Düsseldorf from May 19 to 25. During their stay, they participated in the International City Friendship Tennis Cup organized by Düsseldorf City. Youth from other countries that similarly promote exchanges with Düsseldorf also participated in this tournament, allowing the Chiba students to develop international friendships with children of the same age. The U-16 Table Tennis team, consisting of 8 junior high school students from Düsseldorf and 2 coaches, visited Chiba Prefecture from July 20-27, and strengthened friendships with students of the same age. The organization “Study Fund Düsseldorf-Japan” in Düsseldorf and “Study Work for German-Japanese Culture Exchange in NRW” sponsor a program in which select candidates are sent to Japan every year to learn about different themes.

This year’s theme was "internationalization.” A group of 6 visited Japan in late August. On August 22, they visited Chiba Prefecture. They visited DIC Corporation Central Research Laboratories, Kawamura Memorial DIC Museum of Art, Sapporo Beer Brewery, and also participated in a party hosted by the Japanese-German Association of Chiba. During their visit, the study group deepened their understanding of Chiba’s traditional culture and exchange between Japan and Germany. 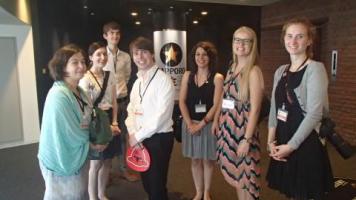